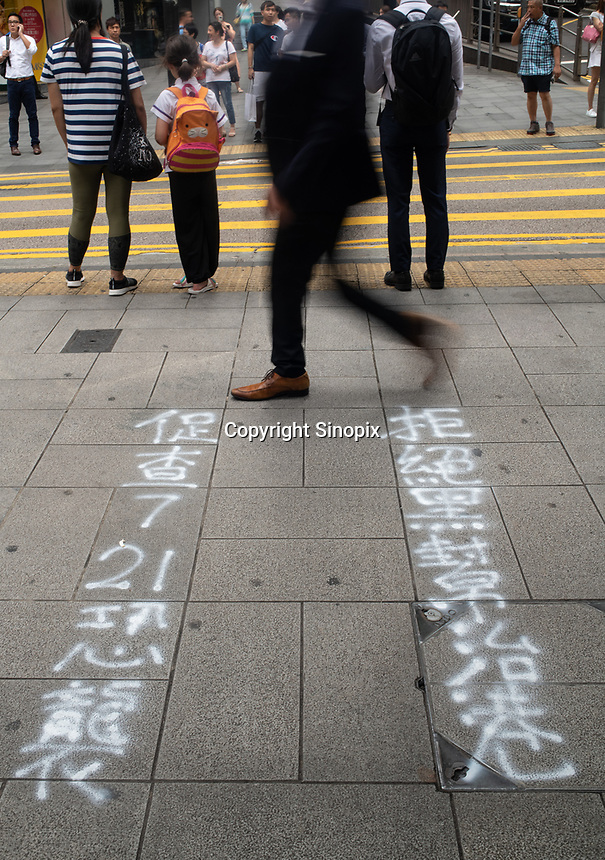 Graffiti is sprayed on the streets in Central, Hong Kong by protestors. The graffiti reads "Hong Kong police protect gangs (triads) but not the public". Hong Kong has undergone 9 weeks of protests that began with the introduction of an extradition bill allowing criminals to be deported to the legal system in Mainland China but has grown wider into a pro-democracy movement.