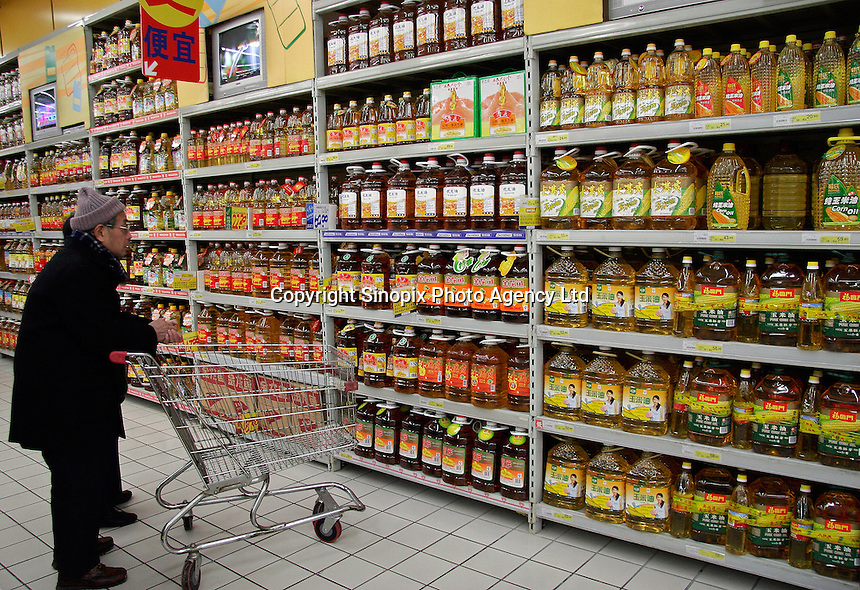 A shopper checks out a variety of cooking oil on offer at a Carrefour Supermarket in Shanghai, China. According to a recent report, China has surpassed the United States in total consumption of every basic food, energy, and industrial commodity except oil, as well as goods such as television sets, refrigerators and mobile phones. However the per capita income for China is only roughly one seventh of that of the U.S..19 Feb 2005