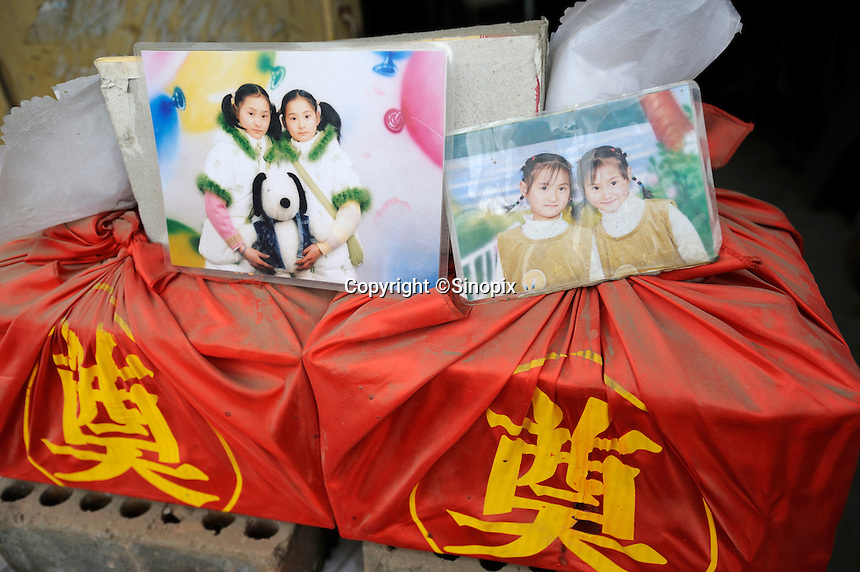 Cinerary casket and photos of Liu Yaqi and Liu Yajia, all 14, twin sisters, who died during the collapse of a building while attending a class in Juyuan Middle School in Dujiangyan, Sichuan, China. More than 500 - 700 students are still buried under the rubble. About 900 students are believed dead during the disaster in this school..18 May 2008