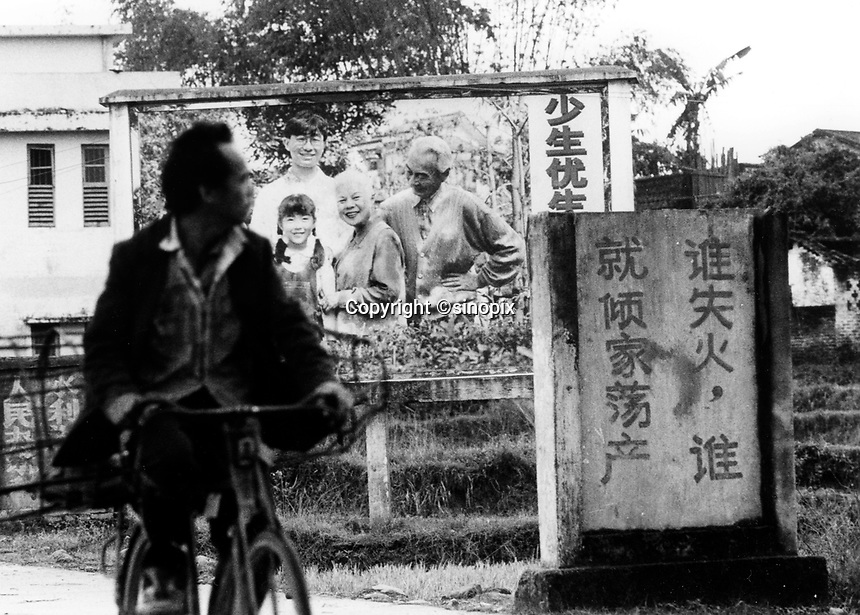 A cyclist passes a propaganda poster that lets villagers know the benifits of the One Child Policy" in Huaji County. The One Child Policy has been used as a stick to extort fines from the farmers. The poverty gap in China is a major theme at this years National Perople's Congress in Beijing since it is causing destabilisation of the country as farmers sick of corrupt official take matters into their own hands.
25 Mar 2005