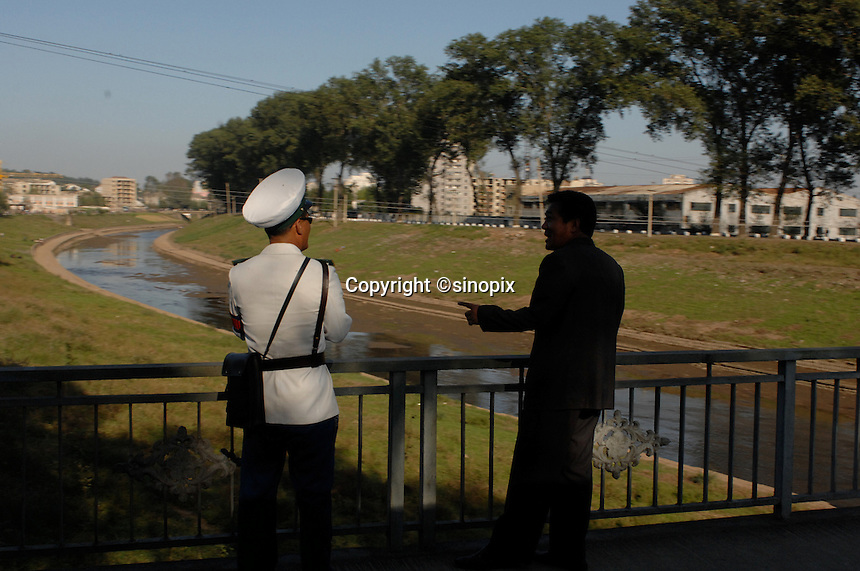 A North Korean talks to a soldier in the North Korean country-side. The DPRK (Democratic People's Republic of Korea) is the last great dictatorship where the people are bombarded with images of the "Eternal President" Kim Il-sung who died in 1994 and his son and current leader Kim Jong-il who are worshipped like a God.