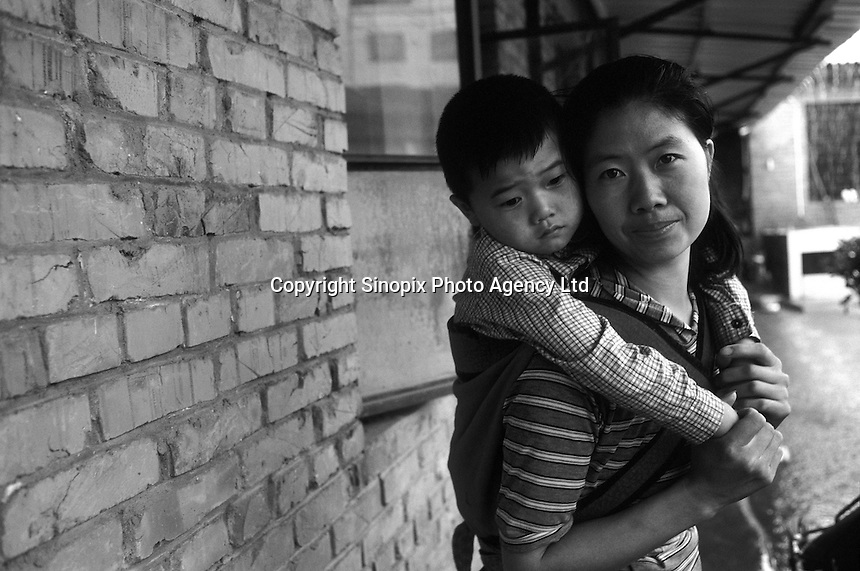 Tan Qin (29) has her son Guo Yang (5) strapped to her back. Guo Yang was rescued from a rich man of fifty called Wang Yu Sheng who had three daughters of his own and adopted a mentally handicapped boy. He wanted a son to and heir. Guop Yang is scared to leave his mothers sides after the drama which included abuse. The boy calls all strangers bastards...PHOTO BY SINOPIX