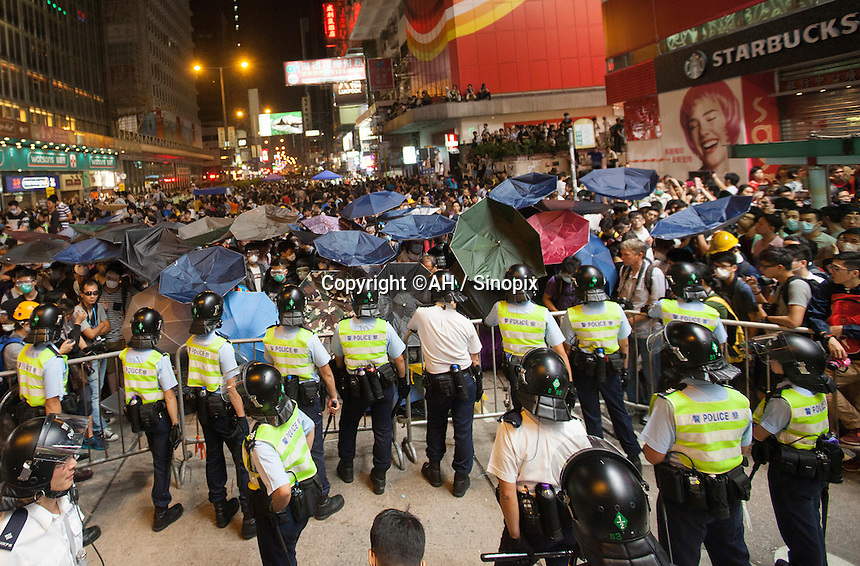 Pro-democracy protesters face off against the Hong Kong police force, shortly before the police lost control of the area, and thus ceded it back to the protesters, who had only just lost it to the police hours earlier in a pre-dawn raid, Mong Kok, Kowloon, Hong Kong, China, 18 October 2014.