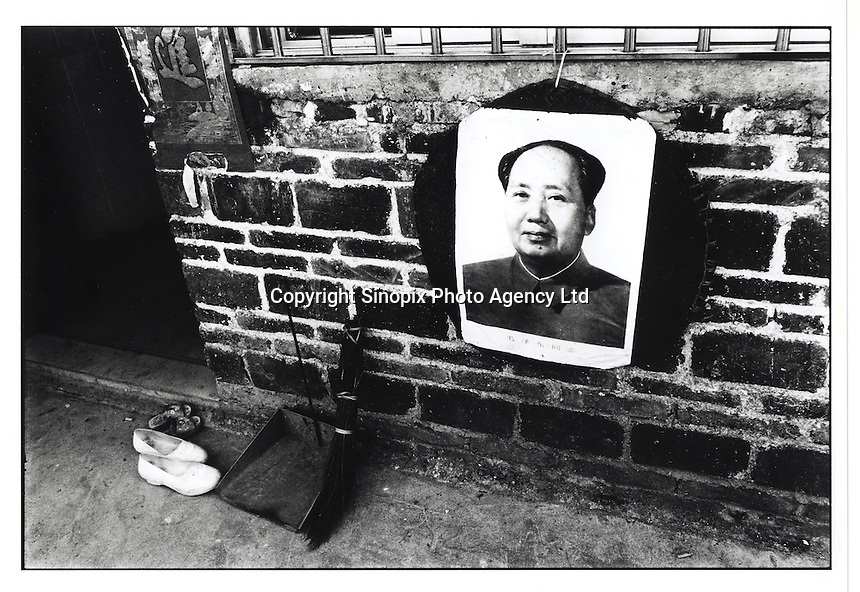 A portrait of Chairman Mao hangs outside a kitchen of a farm-house in A village in Huaji County, Guangdong Province, China. The Great Helmsman is still a highly respected figure amongst the farmers who have received no benefits from China's economic miracle. The poverty gap in China is a major theme at this years National People's Congress in Beijing since it is causing destabilisation of the country as farmers sick of corrupt official take matters into their own hands...PHOTO BY SINOPIX