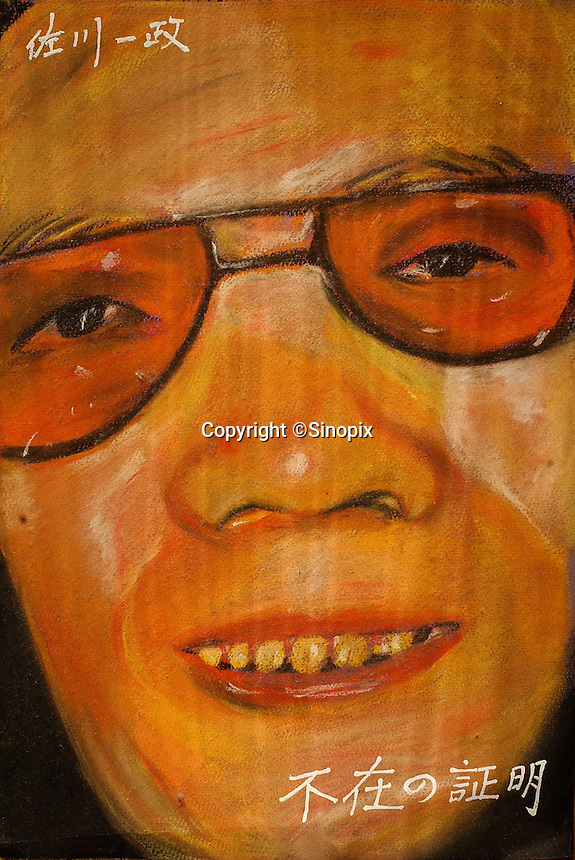 A self portrait by Issei Sagawa, the notorious Japanese cannibal. Sgawa killed and ate Dutch student Renee Hartevelt while studying in Paris in 1981. He was released in Japan due to political connections after being jailed then placed in a mental institution in Paris.
14-DEC-05