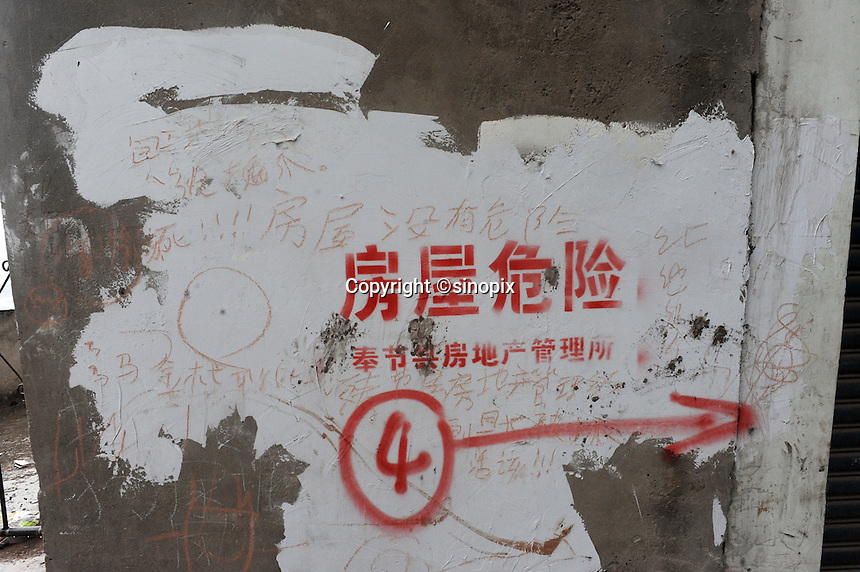 A sign outside blocks of deserted flats states that the flats are dangerous condemned for destruction at Fengie on the Three Gorges Dam. Several of the new cities are suffering from structural damage due to land and earth movements caused by the 400 km Three Gorges reservoir.