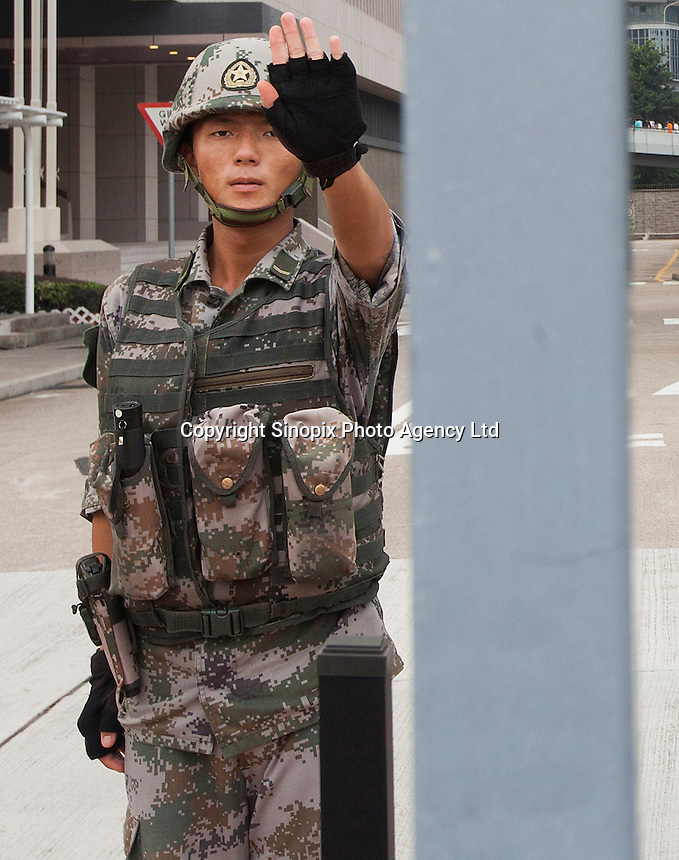 A Chinese People's Liberation Army (PLA) soldier tells the photographer not to take a photo at their barracks on day three of the mass civil disobedience campaign Occupy Central, Hong Kong, China, 30 September 2014. Their is widespread fear in Hong Kong that the PLA will enforce a crackdown similar to the one that took place in Beijing's Tiananmen Square in 1989 killing many student protesters.