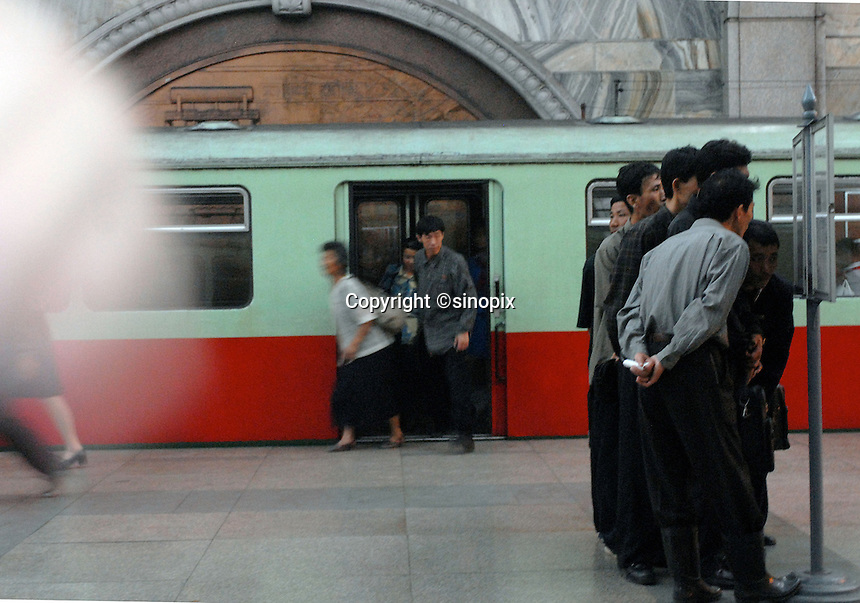 Commuters look at schedules of the Pyongyang Metro station in North Korea. The DPRK (Democratic People's Republic of Korea) is the last great dictatorship where the people are bombarded with images of the "Eternal President" Kim Il-sung who died in 1994 and his son and current leader Kim Jong-il who are worshipped like a God.