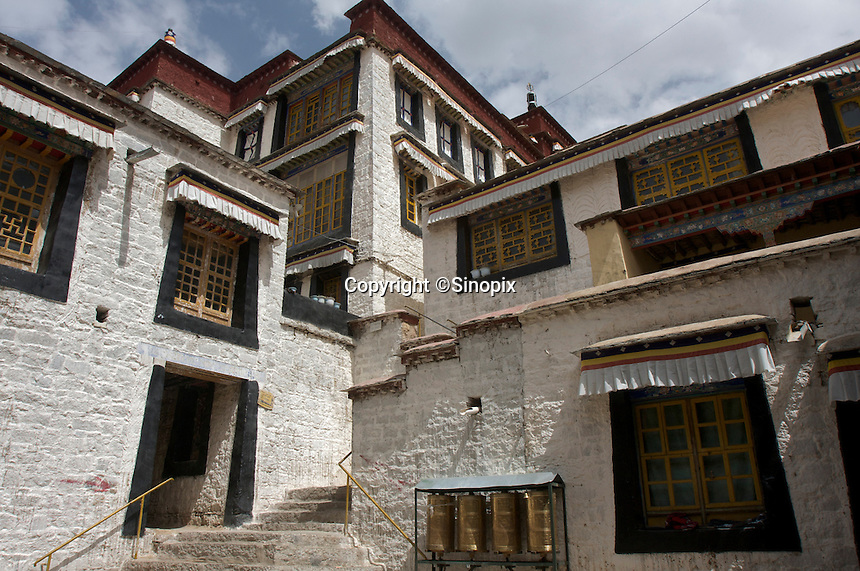 The interior of The Sera Monastery in Lhasa, Tibet Autonomous Region, China. Despite the reopening for Chinese tourists on May 1 after the March 14 riots, most of the monasteries are closed, such as the Jokhang Monastery in the Bakuo Street area, all touristic spots in Bakuo Street are blocked off from non Tibetan residents entry and under heavy surveillance by army and plain clothed agents..04 May 2008